Samuel Shem, pen-name of Stephen Bergman, is a doctor, novelist, playwright and activist. A graduate of Harvard Phil Beta Kappa, a Rhodes scholar at Balliol College Oxford, and a graduate of Harvard Medical School, he was on the faculty of Harvard for three decades, and is currently Professor of Medicine in Medical Humanities, Literature, and Bioethics, and Professor of Psychiatry, at New York University Medical School. 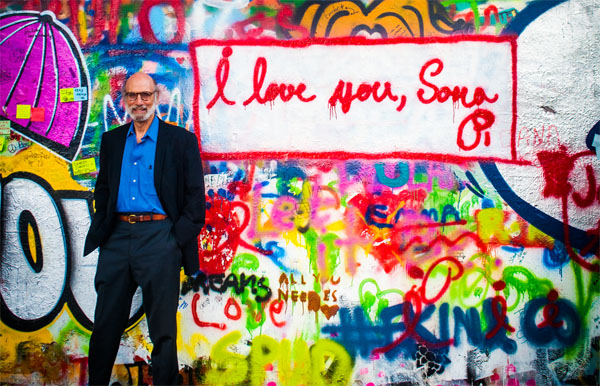 Shem has been described as “Easily the finest and most important writer ever to focus on the lives of doctors and the world of medicine” and “The comic genius, and holy terror of medicine.” The Lancet called THE HOUSE OF GOD, a novel about medical training which has sold 3 million copies: "One of the two most significant medical novels of the 20th century". Its sequel, MOUNT MISERY, was called “Another medical classic.”

THE SPIRIT OF THE PLACE, about a doctor in a small town, won the "National Best Book Award in General Fiction and Literature" from USA Book News, and the “Independent Publishers National Book Award in Literary Fiction.”

With his wife Janet Surrey he wrote the Off Broadway hit play BILL W. AND DR. BOB, about the founding of Alcoholics Anonymous, which ran at the Soho Playhouse for a record 11 months, and won the “Performing Arts Award of the National Council on Alcoholism - www.billwanddrbob.com.

Also with Surrey, the non-fiction book: WE HAVE TO TALK: HEALING DIALOGUES BETWEEN WOMEN AND MEN, winner of the Boston Interfaith Council’s Paradigm Shift Award.

Surrey and Shem’s new book, THE BUDDHA’S WIFE, THE PATH OF AWAKENING TOGETHER, published in June 2015 - www.thebuddhaswifebook.com.

His new novel, AT THE HEART OF THE UNIVERSE, arrives in May 2016.

He has written an article on “Fiction as Resistance” (Annals of Internal Medicine), given over sixty commencement speeches on “How to Stay Human in Medicine,” including 2009 at his alma mater Harvard Medical School, and 2014 in Lincoln Center at NYU.

He lives with Surrey, their daughter and dogs in Boston and Costa Rica.